Get Updates for Ghosts of Things Unsaid

In this collection, a series of hybrid vignettes explore the trace of the things we leave unsaid and their hauntology.

Sometimes what is unsaid reveals more than what is.

As Sayra Pinto says, “a ghost is a teacher at the edge of perception. go beyond the edge. we invite you.”

This chapbook is part philosophical investigation, part essay, part personal narrative, and part poem; the pieces weave in and out of dissociation, reaction, and regret. They ask questions in the mirror that the narrator finds wanting. Who do you say that I am is interanimated by the strong desire for others not to leave. I will be that for you if you stay. The pieces in this volume investigate the dimensions of truth as felt in the narrator’s animal body, such as when the personal is too close to touch or feel—it’s effects, ripples, pleasures, releases, and hiddenness become consequences of an absent realness. More whole as a result.

The unreliability of embodied memory as affect’s double is questioned through narrative and absence and the play between the two. Desire is the result—the resolution of the aporia’s blocked passage or the fugue’s lost romance of an integrated identity. The dialectic of forgotten post offices and remembered dreams animate a layer of loss and longing underneath the pieces here. I could not say this to you calls from within the narrator’s locked body or another lost relationship. Sometimes there is a call with no response, only questions that ripple outward from a stone tossed in a lake. Call it an anti-memoir or hauntology or a failed romance, an unlikely artifact of the real. How do we presence the absent poem of the real? Or, as Roy Bhaskar reminds us, “the absent, whether in the guise of the inexplicit… or the merely incomplete (the teleological pull)… drives the Hegelian dialectic beyond itself [actualized as alienation from the dialectic itself]… by simply overcoming incompleteness [restoring self-unity by recognizing alienation as nothing other than free expression or manifestation of spirit]… an inconsistency, caused by a relevant conceptual or empirical lacuna, generates the move to further completeness.” 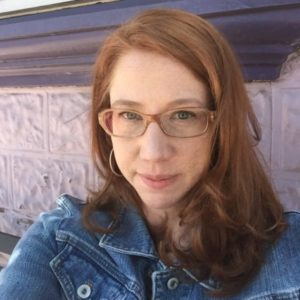 Heather lives in Colorado Springs where she teaches courses in rhetoric and composition, Heather Fester is a poet, essayist, and author of a forthcoming chapbook Ghosts of Things Unsaid. She teaches creative writing, rhetoric, and composition courses at the University of Colorado, Colorado Springs. Before she returned to school to earn her MFA as the Allen Ginsberg Fellow at Naropa University and began teaching at UCCS, Heather directed the Center for Writing and Scholarship at the California Institute of Integral Studies. Her interests include creative nonfiction, documentary poetics, and alternative discourses.